Staying at the typical Lofoten rorbuer cabins on Svinøya in Svolvær

During our winter trip to Norway with our kids, we stayed at Svinøya Rorbuer, located on the beautiful Lofoten Islands.

In our search on where to stay in Lofoten, we immediately came across Svinøya Rorbuer. It is located in Svolvær, which is the main city in the Lofoten. A great base to explore the rest of the Lofoten and it has all the shops, restaurants, or tours you could hope for.

The best time to visit the Lofoten islands is hard to say. They have a rather mild climate compared to other parts of Norway, because of the gulf stream closeby.

We went by the end of February/beginning of March, which is a great time to see the northern lights without the complete darkness from early December to early January. From late May to mid-July, there’s daylight 24/7, perfect for hikes or spotting wildlife.

We love staying at places where you can feel the history. This is definitely the case when you book a stay at Svinøya Rorbuer.

The whole island embodies the old fishing culture of the Lofoten Islands. And you can sleep in one of the original rorbu cabins!

It’s easy to picture how it must have been in the old days. Even more so, because there are still active fishing companies and fish racks in use on Svinøya.

The island of Svinøya in Svolvær: how it all started

We have to back to 1828, when Gunnar Berg bought almost half of Svolvær, a small fishing village back then. He started to build his own house, wharves, and the very first shop of Svolvær on Svinøya island.

A little later, the rorbu fisher cabins were built, so the fishermen and other people could settle on the islands.

The old shop, called Krambua, is now the reception of Svinøya Rorbuer. It feels as if you walk into a museum.

The main house of Gunnar Berg, called Gammelgården, is now the Manor House. You can book accommodations and private dinners here.

The old trade wharf is now the well-known restaurant Børsen Spiseri, where they serve delicious food. If you want to try stockfish, the local specialty of the Lofoten, this is the place to be. Unfortunately, the restaurant was closed because of renovation when we were there. Another reason to come back.

There were over 80 fisher cabins back in the old days. But over the years the cabins aged a lot, putting them in very bad shape.

Until 1993, when John Berger (family of Gunnar Berger), decided to restore some of these old rorbuer cabins for tourism. Slowly, he renovated more and more cabins and even built new ones. In 1995, Svinøya Rorbuer officially opened.

Over the years, it became bigger and bigger. Now, they have over 50 rorbu cabins, some authentic, some newly built with the old style in mind. They accommodate solo travelers, couples, friends, families, and groups of up to 8 persons and all meet modern standards.

Review of our stay at Svinøya Rorbuer in Svolvær

We visited the Lofoten together with friends, so stayed in the Rorbusuite XXL+, which sleeps up to 8 people.

This is one of the newly built rorbu cabins. However, it has some of the typical features, such as the red colour and the fact it is built on poles over the water.

We loved our stay in our cabin. The style is modern but cozy. It has four rooms, two bathrooms, a kitchen, and a sauna. Perfect after a long walk through the snow!

There are two sitting areas, great for a stay with children. They could play or watch a movie upstairs while we could talk downstairs. And of course, the views over Svolvær harbor and the mountains in the background never got boring.

It was snowy and rainy when we stayed on the Lofoten, but I can imagine it must be amazing to sit on the terrace while the fishing boats pass by. Or maybe grill one of the fish, caught yourself during your stay.

Things to do in Lofoten

Although relaxing in our rorbu cabin, while taking in the views, is amazing, we wanted to explore the Lofoten Islands as well.

The scenery is breathtaking, some of the most beautiful in the entire world. And Svinøya Rorbuer organizes, together with their partners, some fantastic experiences around the Lofoten.

Discover the Lofoten with a photo tour

Together with our guide and photographer Odd-Petter Tanke Jensen from @discoverlofoten, we did a photo tour around the Lofoten.

We drove all the way from Svolvær to Å, the village at the very tip of the Lofoten. A trip of about 130 km one way, if you don’t take any detours. Which we did, of course, as there is so much beauty to be discovered!

On the way, he showed us the most beautiful viewpoints, natural wonders, hidden photo stops and told us lots of stories about the Lofoten.

We made some stops for the kids as well, where they could play on the beach, looking for the dragon eye-shaped rock. And learned them the beauty of photography!

It was an amazing day, filled with the beauty the Lofoten has to offer, accompanied by the pleasant company of Odd-Petter.

If you come in spring, between April and June, he also offers a wildlife photo tour, where you search for moose, foxes, eagles, among other animals.

You can see the Northern lights in the Lofoten from August to April.

In August and April, however, daylight is still allover with weaker Aurora. During the darkest months, November – December, the chances for bad weather are high. The best months for spotting the Northern lights are October and February to mid-March.

We were on the Lofoten in February, and we went on an Aurora tour with our guide Odd-Petter from @discoverlofoten.

Unfortunately, despite the strong Northern Lights, it was cloudy, snowy, and rainy almost our entire stay. But he is called the Aurora Jäger or Northern Lights chaser for a reason. He never gives up.

So we drove to a corner of the Lofoten, where they predicted some clear skies. And we saw Aurora. Not the big show yet, because the skies were still too cloudy, but we got a glimpse. We did get the full show during our stay in Alta!

However, when the skies are clear, he’ll bring you to the most beautiful spots to see and photograph the Northern lights.

Other adventures on the Lofoten

Besides hunting Aurora and going on a photo tour, there are some other amazing experiences you can do in the Lofoten.

During winter time, you can go skiing, dog sledding or snowshoe hiking. Or try an eagle safari in the stunning Trollfjord.

Fishing is possible all-year round, but the Lofoten is known for fishing cod. From February to April people from all over come over to the Lofoten Islands to fish cod. There even is a competition in March.

We also went out to the sea with the kids. Circumstances were a bit rough, but shouldn’t they be when you’re a real fisherman on the sea? We caught fish and prepared it in the evening in our cabin.

One of the top adventures in the Lofoten is hiking to one of the breathtaking viewpoints.

It took us all the way to the top of one of the mountains around Svolvær, rewarding us with the most amazing views over the city and ocean. The sky turned blue and purple because of the cold and snow in the air. It was fantastic!

Here is some inspiration for other great hikes in the Lofoten. I can’t wait to come back in summer and walk some of them.

Any questions on our stay at Svinøya Rorbuer or on the Lofoten Islands? Don’t hesitate to ask us questions in comments.

BOOK A ROOM AT SVINØYA RORBUER

Svinøya Rorbuer Lofoten Islands: a review of a great stay in Norway

This error message is only visible to WordPress admins 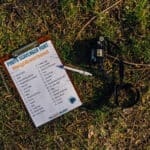 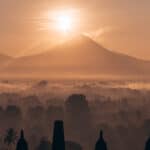 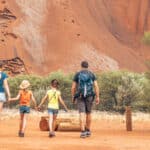 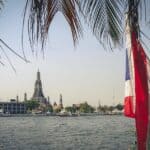 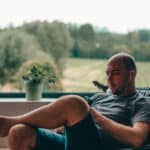 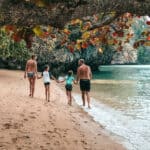 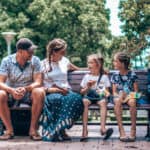 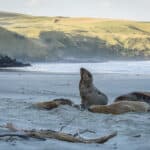 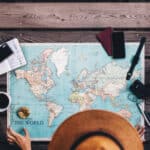 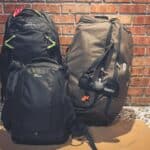 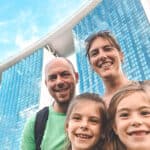 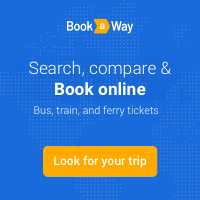